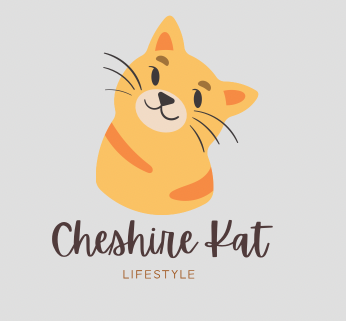 all the firsts and how to do them well
Everything Else

These Are the Best Cities in Oregon

by Kat
No Comments

Oregon is a Pacific Northwest state filled with many gems to live in, from eco-conscious cities to hip spots to raise a family.

Check out the top cities in the state -the best cities in Oregon.

Check out Portland houses for sale if you want to settle in a place of plentiful green spaces, laid back attitudes, and a fantastic quality of living.

Though Portland’s cost of living is slightly higher than the national average, the median income is on the higher side, making those who live there able to live comfortably.

Portland has many and varied job opportunities, like Intel, Nike, Adidas, and Oregon Health and Science University.

The city is a patchwork of many charming neighbourhoods and is incredibly walkable. In Portland you can visit Powell’s, the world’s largest independent bookstore, then stop at a pod of food trucks to grab a bite to eat. There’s a plethora of locally owned restaurants to dine at, and an incredible array of breweries.

The city also loves its coffee.

For nature lovers it’s a short drive to the Oregon Coast, Crater National Park, or Columbia Gorge, also known as the wind surfing capital of the world.

This is the place to be if you’re of an intellectually driven mind and like to live healthy and get outdoors.

The University of Oregon has a home here, making Eugene a place with a good mix of cultural activities.

People love to get outdoors and stay active. Eugene has been called TrackTown USA thanks to its collegiate track and field history as well as the fact that it’s the birthplace of Nike.

Here you can visit the Jordan Schnitzer Museum of Art, the Eugene Science Center, the Mount Pisgah Arboretum, and the Museum of Natural and Cultural History. If you’re looking to start or continue raising your family, Bend is often pointed to as the perfect place for this. Bend is one of the safest cities in the state, and you’ll often find children riding their bikes to and fro without a care in the world.

Bend is also one of the fastest growing cities in the Pacific Northwest, known for its great outdoor recreation and easy way of living.

Here you can ride horses, run trails, ski slopes, and fly fish. The weather is near perfect year-round, making it easy to get outside any day you feel pulled to.

Bend is also popular among beer enthusiasts. It has 16 breweries per 50,000 people, the third most breweries per capita in the nation.

The state’s capital is a university town in the Willamette Valley, halfway between Portland and Eugene.

Minto-Brown Island Park has over 30 miles of trails that take adventurers through wetlands, woodlands, and open prairie.

Salem is more affordable than many of the state’s big cities. The job market is flourishing, with opportunities in the manufacturing, agriculture, and distribution areas.

Five things nobody told you about being an adult

We use cookies on our website to give you the most relevant experience by remembering your preferences and repeat visits. By clicking “Accept All”, you consent to the use of ALL the cookies. However, you may visit "Cookie Settings" to provide a controlled consent.
Cookie SettingsAccept All
Manage consent

This website uses cookies to improve your experience while you navigate through the website. Out of these, the cookies that are categorized as necessary are stored on your browser as they are essential for the working of basic functionalities of the website. We also use third-party cookies that help us analyze and understand how you use this website. These cookies will be stored in your browser only with your consent. You also have the option to opt-out of these cookies. But opting out of some of these cookies may affect your browsing experience.
Necessary Always Enabled
Necessary cookies are absolutely essential for the website to function properly. These cookies ensure basic functionalities and security features of the website, anonymously.
Functional
Functional cookies help to perform certain functionalities like sharing the content of the website on social media platforms, collect feedbacks, and other third-party features.
Performance
Performance cookies are used to understand and analyze the key performance indexes of the website which helps in delivering a better user experience for the visitors.
Analytics
Analytical cookies are used to understand how visitors interact with the website. These cookies help provide information on metrics the number of visitors, bounce rate, traffic source, etc.
Advertisement
Advertisement cookies are used to provide visitors with relevant ads and marketing campaigns. These cookies track visitors across websites and collect information to provide customized ads.
Others
Other uncategorized cookies are those that are being analyzed and have not been classified into a category as yet.
SAVE & ACCEPT